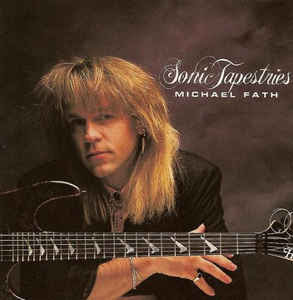 Hocus Pocus in no doubt Focus's best known song (although people often know the song but not who did it). Various versions are available.
There are at least 14 versions by Focus or by Akkerman or van Leer playing solo. These are

A number of covers have also appeared. The title Hocus Pocus is used for several songs but these are all covers of the Focus number
1. The Vandals a punk band appear to have been first on When in Rome do as the Vandals 1984
2. In 1987 an orchestral version was done by The  Metropole Orkest conducted by Rogier van Otterloo
3. Fourth Estate a progressive band were next on Dustbuster Demos 1988
4. Gerdesits Ference a Hungarian tenor vocalist and rock singer covered it on the album Os-Metal in 1989.
5 Michael Fath covered it (without yodels) on the album Song Tapestries in 1990.
6. Spies who surf did a surf rock version on a compilation album 20 Explosive Dynamic Super Smash Hit Explosions! 1991
7. Gary Hoey had a big hit with it. It first appeared on his Animal Instinct 1993 [live versions can be heard on his Hocus Pocus Live 1998. Also check out Wake up call 2003]
8. Vanessa-Mae the violin playing oriental prodigy on Storm 1997
9. Helloween the Swedish or German heavy metal band on Metal Jukebox 1999
10. The Paul Green School of Music on the Rock School Soundtrack 2005
11. Iron Maiden had a version out on one of their Different world packages 2006
12. Marillion covered it on a special album called Friends 2007.


Some versions are great, some not so hot. Often one finds new aspects of the song being explored. The heavy metal one is obvious, the eastern feel (that Vanessa-Mae really goes for) less so but the classical dimension you might not have noticed until you hear the opening to Gary Hoey's live Hocus Pocus (Insanity Mix). Akkerman's different renditions over the years have shown quite some variation. The current Focus line up have turned the song into a showcase for the undoubted talents of Pierre van der Linden.
PS Kell Nordli has kindly pointed out that the Metropole Orkest orchestral version (arranged by Henk Meutgeert) is featured on a double LP 'Made in Holland' (1987).

Metropole Orkest, one of the establishment orchestras of Dutch radio and TV, recorded an orchestral version (arranged by Henk Meutgeert) of Hocus Pocus in mid 80's.
The song is featured on the double LP set 'Made in Holland' a transcription programme from Radio Nederland released in 1987.

Thanks for that. Will add the info.

The coolest Hocus Pocus cover ever:
Listen to the Thelonius Moog Bossa Nova version at: http://uk.youtube.com/watch?v=PMWm_sUh98c

There is more than one "Edit" of the song.They edit found on the best of Focus is one of them.The American edit was backed with Focus II (the fast version).The American edit is completely different edit from the European edit.

I would like to update what I said above .It seems that the UK edit and the American Edit are the same .There is however another edit that can be found on the following CDS . Warner Special Produts "ELECTRIC SEVENTIES " COURTESY OF EMI BOVEMA BV and "THE BEST OF FOCUS" EMI BOVEMA BV BRUSSELS .This edit version substitutes the whistling part for the second yodel part from the album version .This edit is 3:25 long where the standard edit is 3:18 long .Can anyone tell me where this edit came from ?

Helloween are a German metal band, not Swedish :)