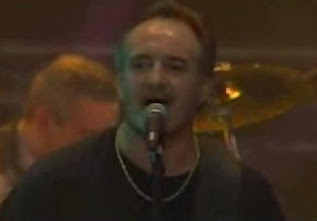 In the house of the king of kings,
A man can find many things.
Drink a golden goblet full of wine,
Made from fruit from a godly vine,
A nectar tasting so divine,

Although Jan Akkerman claims to have written the lyrics for 'I need A Bathroom' (but was not credited), I believe it is Bert Ruiter singing.