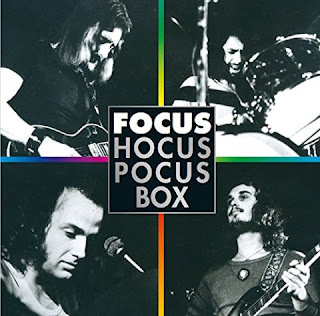 A full set of Focus albums has been collected in a new and comprehensive 13 CD box set called Hocus Pocus Box.
With the very recent Focus 8.5 (issued on their own label in 2016) the new box set collects all 10 studio albums, starting with 1970’s Focus Plays Focus/In And Out Of Focus moving all the way through to 2012’s Focus X. 1973’s live album At The Rainbow is also present, as is 1976’s compilation Ship Of Memories and the 1985 studio album from original members Jan Akkerman and Thijs van Leer, called simply Focus.
The final disc is the 1993 compilation The Best Of Focus. This features 16-tracks and includes the US single version of Hocus Pocus.
The albums come in card sleeves with original artwork and are housed in what looks like a clamshell style box. The set also comes with a booklet. Hocus Pocus Box is released on 14 July 2017.
There is very little misisng from this set. O Avondrood the lyrics verion of Red Sky at Night is the only obvious one, although one could mention others. 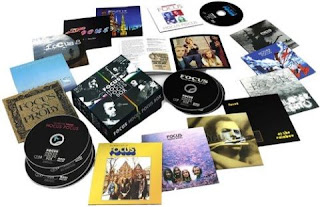