Over the years Focus have produced at least five tracks whose title rhymes.
These are

I need a bathroom

It's out at last. You can read the opening pages online at Amazon. Already my knowledge of the band has grown immensely. This is a real labour of love and the fruit of a lot of hard slog. Thanks for the mench too Peet - very kind. As so often with these books it is full of minor proofing errors and slightly expensive but it looks a fine production otherwise and is a must for anyone interested in a blog like this or a band like that. I am eagerly awaiting my copy. Not sure yet how many errors here on this blog will have to be changed or modified.
Check here for the Amazon UK listing.
1 comment:

A rugby team out of Focus 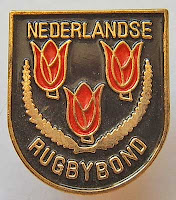 Archive number: 125
Title: It takes 2 2 tango
Main Album: Focus 9 (New Skin)
Track number: 13
Genre: Progressive Rock Instrumental
Studio: Fieldwork Studios, Schoten, Belgium
Length: 07:57
Composer: Thijs Van Leer
Musicians: Thijs Van Leer – Hammond organ, piano, flute; Niels Van Der Steenhoven – Guitars; Bobby Jacobs – Bass; Pierre Van Der Linden – Drums
Producer: Bobby Jacobs and Thijs Van Leer
Engineer: Han Nuijten
Label: Red Bullet
Date of recording/release: Summer 2006
Alternative version: None
Notes: This further exploration of the tango form is quite slow for the most part. The band handle the first five minutes or so like a jazz quartet but with the familiar Focus rises and falls. There are some very attractive guitar phrases here as it somehow tells a story without words. Just when you have forgotten the tango title, tango rhythms break in first at 05:07-05:40 and then again at 06:08-06:42. In both cases the piano leads, followed by organ, then drums and then flute. The old theme soon reasserts itself (05:40-06:07 and 06:43-07:57), The whole closes on a suitably dramatic and extended note.
No comments:

Archive number: 123
Title: European Rap(sody)
Main Album: Focus 9 (New Skin)
Track number: 11
Genre: Progressive Rock Instrumental
Studio: Fieldwork Studios, Schoten, Belgium
Length: 10:19
Composer: Thijs Van Leer, Gordon Taylor
Musicians: Thijs Van Leer – Piano, voice, handclaps, synthesiser, organ, flute; Niels Van Der Steenhoven – Guitars; Bobby Jacobs – Bass; Pierre Van Der Linden – Drums
Producer: Bobby Jacobs and Thijs Van Leer
Engineer: Han Nuijten
Label: Red Bullet
Date of recording/release: Summer 2006
Alternative version: None (although there is a clip of a Focus jam in the castle on Youtube where they play something similar to one of the sections)
Notes: This song is in several parts. First comes a slow, even halting part led by the guitar backed by piano and keyboard set to choral (00:00-00:42). It leads into a second slow part, backed by the organ (00:43-01:07). We then turn east for an increasingly fast, Russian style dance tune led by the flute with the guitar and backed by the rhythm section (01:08-02:10). This is further developed from 02:11 with the use of the voice and handclaps, the guitar giving balalaika-type riffs. At 02:37 a shout or laugh takes us back to the flute-led tune, this being brought to an end by a couple of piano arpeggios (02:38-02:59). The slow and introspective guitar then leads off again followed by the cymbals, organ, bass and then piano too (03:00-03:34). This segues into the next part, still slow, led first by piano then with guitar and backing from the rhythm section and organ (03:35-05:20).
A crash of cymbals abruptly announces a new and jaunty fast section, which features a first litany of about 12 titles of previous Focus tracks from Van Leer (05:21-06:27). The list with the few additional words is as follows:
1. Spoke the Lord Creator, Can't believe my eyes, Out of Vesuvius, Red sky at night, Round goes the gossip, (of) Eruption, Well done, Dayglow (to break), (Creating) Moving Waves (for how long?), Answers, questions ..., (of) Love remembered, … Questions, Answers, Ship of memories, ??? (06:28-06:13)
This is followed by an instrumental section in the same vein (06:14-06:28)
At 06:29 we come into a new section that begins slowly then becomes jaunty again but this time we are looking west and the style is very French, the keyboards in a very accordion-like mode. At 07:33 this comes to an end with the same slow piano, cymbals and bass conclusion as before, ending at 07:47.
A crash of cymbals announces the second part of the litany. This time we have around 35 further tracks
2. Carnival Fugue, (on an) Endless Road, (it's an) Early birth, (like a fugue of the) Sneezing bull, Hocus Pocus (and) Birth (and Birth, and Birth), No Hang ups, (with the) Russian Roulette, (surely) Harem Scarem (dreams, dream), (and a) Cathedrale de Strasbourg, Anonymus (it seems), Maximum, (or) Medium, (or) One for the Road (but) Someone's Crying … what? (in the) House of the King, (it's a) Happy nightmare, Altogether … Oh that!, (Let's) Focus (on) Who's calling?, (Is it) Beethoven's Revenge, (or may be) Father Bach, (is it) Tommy, Benny, Eddy (or) Judy or Sylvia, My Sweetheart (My Sweetheart), It's an Indian Summer, (I'm the) Glider, The Tango, (with) Tokyo Rose, Night flight (with a) Black Beauty, (such a) Tropic Bird, (With movement, with movement, with movement; that's the Lord, that's the Lord, that's the Lord) (07:48-09:15)
We then play out with the band led by Van Leer's rocking flute (09:16-10:10). The closing nine seconds are left to the solo flute.
No comments: