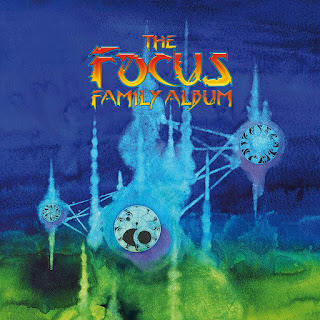 Rather out of the blue a new Focus album appears today. What they have done is to interleave Focus tracks with tracks from members of the band to create an attractive double album adorned with one of Roger Dean's iconic artwork covers. I understand that the CD version is quite lavish in presentation. This is well worth a listen and full of good things. They could have simply produced a 10 track Focus album but by this means one gets something a bit more meaty and this is probably the right move, although why the old method of calling solo tracks a group effort (pioneered by the Beatles [Yesterday] and continued by Focus [Moving Waves, le Clochard]) could not have been followed I am not sure. Some few tracks have appeared before but the bulk is very fresh to most of us. It is called Focus Family Album and is available through the usual outlets.