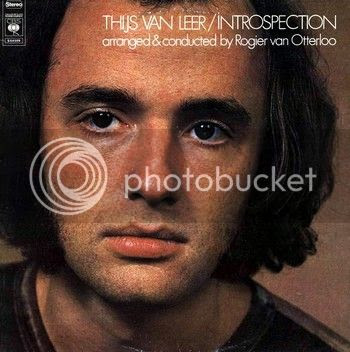 While still with the original Focus, Thijs Van Leer produced one solo album - the very successful light classical orchestral album Introspection of 1972. At the time of the break up in 1975 he also produced the album O my love! with his then wife Roselie Peters. By 1985 he had done three further Introspection albums and in America the slightly different Reflections (1981) and the more jazz rock style Nice to have met you (1977). Van Leer also collaborated in this period on two Christmas albums and Geluckig is het land featuring Dutch national songs. In 1981 using the name Pedal Point he was involved with others in a modern mass called Dona Nobis Pacem. In 1984 he guested on one or two tracks for Akkerman's solo project From the basement.
After 1985 Van Leer went on to do several solo albums mostly of an orchestral type exploring the classics (Introspection 92, Bolero 1996) musicals (Musical Melody 1994) and hymns (two collections in the 1990s). Renaissance (1986) and Bach for a new age (1999) were solo efforts in a classical style. In 1987 a straight rock album appeared with a band I hate myself for loving you. There have also been two more Christmas albums, guest appearances on various albums and less commercial projects such as the DVD Etudes sans genes and the recent At home CD.

I've heard both Dona Nobis Pacem and O my Love. Paul Shigihara is an excellent guitarist who plays on the former album. There are some videos of him with Charlie Mariano on YouTube.