Track by track 22 Elspeth of Nottingham 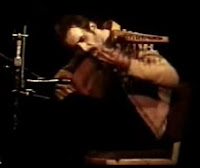